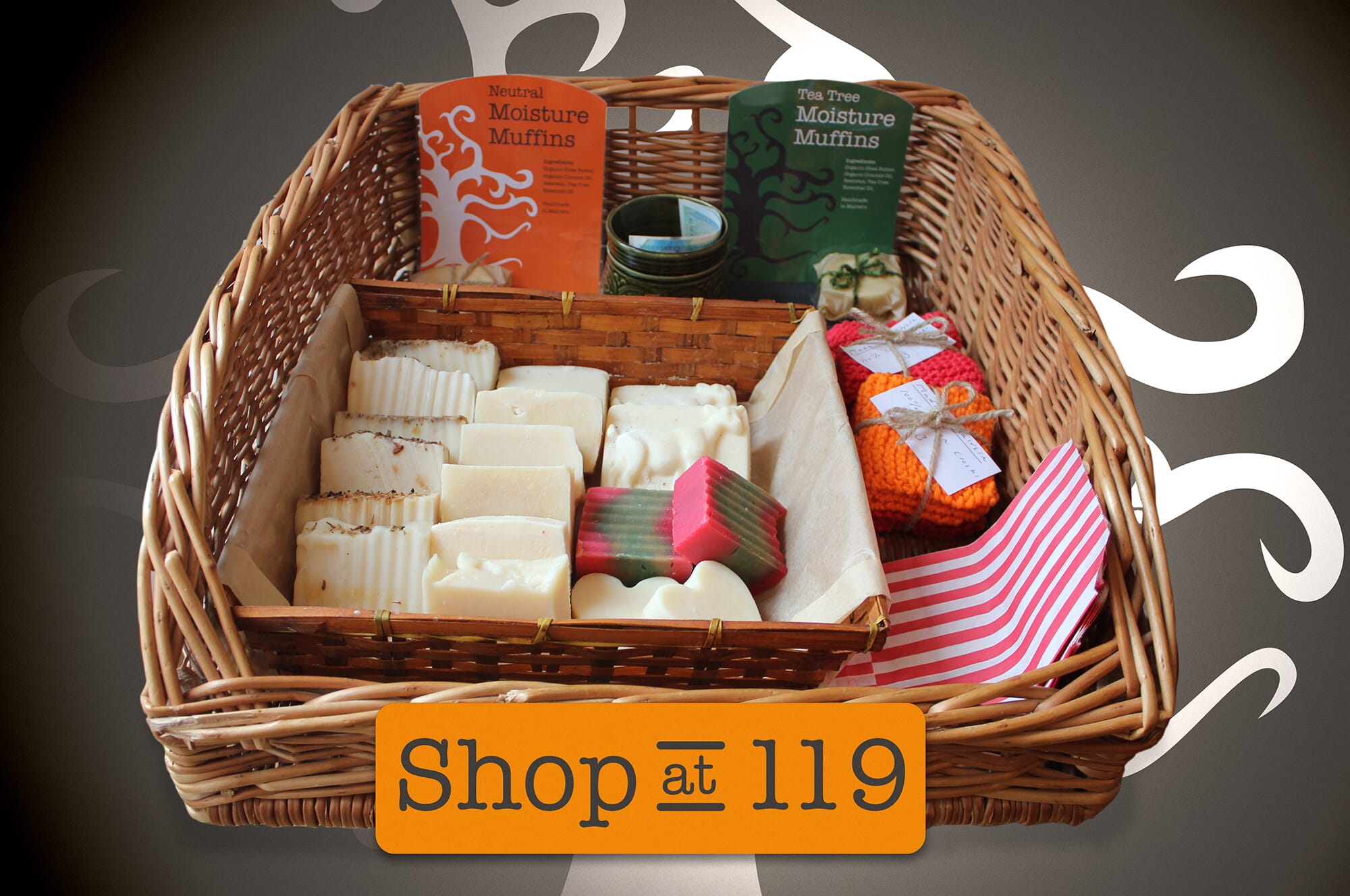 In a bid to promote ethical consumption, I have been developing the Shop at 119.

The following products are all hand made locally with minimal ingredients (where appropriate). All packaging is minimal and is either reusable, recyclable or compostable.

If you would like to buy anything or if you have any queries, I would love to hear from you. You can email me at tonia@massage-malvern.co.uk.

The basic ingredients of the Moisture Muffin are Organic Virgin Coconut Oil, Organic Shea Butter and Beeswax. Essential oils are added to create the Muffins listed below.

Lavender essential oil is the oil for insomnia and stress. Try massaging the Muffin onto the soles of the feet and the temples before bed.

Avoid during the first trimester of pregnancy.

Rosemary essential oil is used in this muffin as it stimulates circulation bringing a feeling of warmth and comfort to aching muscles and joints. Excellent for sprains and strains.

Avoid if pregnant or if you have been diagnosed with high blood pressure or epilepsy.

The tale behind the Four Thieves blend

According to the long-told historic tale, the use of thieves oil dates to the time of the infamous Bubonic Plague or Black Death that devastated a large portion of France. The Black Death ravaged the population and it seemed impossible to be near the contagion without contracting it. At the time, the sickness really did mean ultimate demise.

During this time, four thieves were captured and charged with stealing from the sick and dying. The thieves never contracted the plague, despite their close contact with the Black Death victims.

The crime these four men committed was punishable by burning alive. The judge was so intrigued by how these men had stayed immune to this terrible disease, he told them if they shared their secret he would spare them of this punishment.

The Thieves told the judge their secret. They were perfume and spice merchants who were unemployed due to the closure of the sea ports and the devastation of the plague. They had prepared an essential oil recipe that when applied to their hands, ears, temples, feet and a mask over their mouths, kept them safe from infection. The judge stayed true to his word. The men were not burned alive, but instead they were hanged for their crimes!

Massage onto the soles of the feet and the hands.

Avoid if you suffer from liver problems or are on blood thinning medication. Take care if you have sensitive skin. Avoid if pregnant or if you have been diagnosed with high blood pressure or epilepsy.

Elevate your cleaning (or washing up) to a whole new level! Hand knitted 100% cotton cloths in packs of two. Vibrant colours. Machine washable at 60ªC. Compostable once worn out.

Made at a small holding in Welland from excess milk from a herd of Golden Guernsey goats. Good for sensitive and eczema prone skin. This is my cleanser!

Ashtanga Primary Series practice is back!

It is with great enthusiasm that I can announce that a led Ashtanga Primary Series Practice is back!
Practice will resume on Saturday May 22nd from 8.30-10am.

In a bid to promote ethical consumption, I have been developing the Shop at 119.

The following products are all hand made locally with minimal ingredients (where appropriate). All packaging is minimal and is either reusable, recyclable or compostable.

An opportunity to practice the Full Primary Series. The second half of this series is seldom
practiced in a 90 minute led class.
Come along, expand your knowledge and have a bit of fun.
March 8th 2020 – 2-4.30pm